With the Law amendment that entered into force on 22 February 2019, like automobiles, mobile phones have also become subject to progressive excise duty system, also known as ÖTV (Özel Tüketim Vergisi) in Turkish.

In this way, it has become possible to apply different duty rates for different tax bases.
In the below table,excise duty tax bases and tax rates are given.

With this Law amendment, The President has been authorised to;

– reduce excise duty rates to Zero (0) level or increase the rates to %50.

In the Report of Turkish Grand National Assembly Committee on Planning and Budget, it  is said that this regulation aims to create an incremental excise duty system. In this way, the Report says, it will be possible to collect less tax from domestic mobile phones and more tax from import mobile phones, aiming to protect and support the domestic manufacturers.

Likewise, during meetings of the Committee, the Vice President of Turkish Republic Revenue Administration expressed that the aim of this amendment is to make it possible to levy less tax on domestic products.

With such taxation, the market demand is aimed to move towards the low and middle-low segment products. In this way, the regulators aim that, the domestic products will benefit from such shift in market demand.

Therefore, we can foresee that the President will make changes in the excise duty (ÖTV) rates and bases in this direction.”

Manufacture and Import of Class 2 Devices

Manufacturers or importers of devices which use non-harmonised frequency bands should apply BTK Authority for permission via submitting Class 2 Application Form at least four weeks before placing the devices to Turkey market. See https://www.btk.gov.tr/en-US/Pages/Class-2-Notification-Form-Applications for more details. 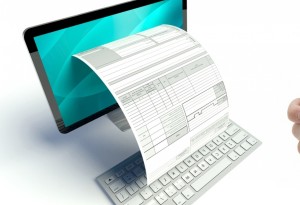 You should assure that your export invoice shows correct unit prices!

Turkish Anti-Smuggling Law numbered 5607 defines the act of benefiting from incentives, subventions or refunds by showing the price of export goods higher than it is as a crime of smuggling.

According to the Value Added Tax return (VAT return) system that is applied in Turkey, the tax liabilities that are incurred due to export deliveries can be reimburesed by deduction or, if deduction is not possible, by refund.

There occur some attempts to get more refunds than deserved by showing export values higher than they are.

As an added precaution against these attempts, Anti-Smuggling Law has given customs authorities the liability to investigate if export values show true or not.

Depending on this role, in case customs authorities suspect that the price of export goods is higher than the price of equivalent goods, they undertake export price investigations with the suspicion that there is an act of smuggling. (November 13, 2017 Monday 09:26)